Pagans, Heathens and Witches amongst us 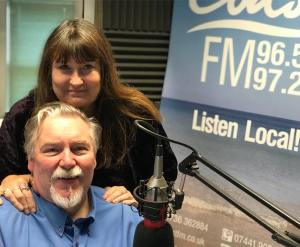 The words Pagans (country folk) and Heathens (heathland dwellers) had no predjudcial connotations up to the 5thCentury.  Even witches were just sorcerers – people using what seemed like magic for primarily benevolent purposes.

However, as time went by, increasingly hierarchical religious authorities started to become wary of people with power, respect and knowledge in their community, but outside of their immediate control.  Initially, those who preferred the Roman approach to the old religion were merely trying to purge non-conforming elements from their own ranks, but having largely succeeded in that aim, and with the influence of the Celtic lifestyle on the wane, they then turned their attention to those in the wider population, and especially to those with wisdom and knowledge of the spheres and fields, which were supposed to belong only to the monotheistic middle eastern deity.

In subsequent centuries, hundreds of harmless, often very beneficial, members of the public – most of them women – were persecuted and hanged.

However, once a template has been established, it is there for future generations to access. Despite centuries of oppression and misrepresentation, pagans and paganism are making a gradual comeback. Perhaps the excessive materialism and increasing soulless nature of mainstream life is leading those with a more transcendent sense of themselves to re-examine alternative ways of being.

While London has the greatest number of self-identifying pagans in the UK – probably more because of the size of its population – Wiltshire and Cornwall have the greatest density of practising pagans.

For the record, witchcraft was made a capital crime in 1542, a law modified to specify the involvement of ‘evil spirits’ in 1604.  By 1736, the statute was changed to outlaw ‘claims of magical powers’ – the punishment for which was a stretch in prison.  Only in 1951 were these laws replaced, decriminalising both witchcraft and dowsing, and replacing them with the Fraudulent Mediums Act  – which inadvertently acknowledged that there were mediums who were the real thing!  The Equal Opportunities legislation of 2010 specified protected status for all seriously held religious beliefs – including paganism.

Since then, pagans have gradually become more accepted members of society, particularly in the far south west.  Unlike some of the more fundamentalist theological traditions, with their militant wings, and firebrand speakers, pagans are generally seen as, at worst, harmless.  Increasingly, their nature-based lifestyle and cyclical ritual calendar, associated with predictable and physical astronomical and astrological events, is being viewed as more relevant than celebrations of dubious provenance, overburdened by rampant consumerism.

Paganism is often described – and not necessarily in a respectful manner – as an animistic religion.  Yet animism only means that ‘all things, including crafts and even words, are animated and alive in a spiritual, energetic sense’.  This is actually very close to the philosophical thread termed panpsychism (the concept that all matter is conscious at some level).Similarly, the labels fetish and totem are also applied to the naturalistic way of life but, etymologically, a fetish is just ‘an object that has been given, or is attributed to have, supernatural properties’.  Hence, fetishism can be thought of as a style of spiritual practice that uses such objects.  Totemism, on the other hand, is an approach, ‘which allows for an animal, or other natural item or feature, to spiritually represent a group of people such as a clan’.  In the modern world, none of this sounds particularly challenging, and at least some of it has clear comparators with other, more widespread and accepted, religious approaches.

Today, white witches and pagans are being viewed as peaceful and thoughtful people with something relevant to say about the need to respect, rather than just to exploit, the natural environment.

Alan Jones is a very experienced and passionate speaker, who knows his specialist subject inside out, and has a deep personal connection to this way of life and thought.  It clearly inspired many in the audience to understand more about the content and, judging from the quality of the debate generated during the question and answer session at the end, it was clearly an event that could easily have continued deep into the evening.

Alan also gave a synopsis of the development of modern paganism and witchcraft, together with details of some of the significant and colourful characters to have been associated with its development in the last couple of centuries times.  Some of these enthusiasts took aspects of the natural religion to extremes, much to the delight of the tabloid press, who were gifted an easy target to lampoon.  But times have evolved, and articles are now appearing showing that witches and wizards are, as often as not, respectable, educated citizens, with families, professional skills and credible day-jobs.

The delivery of this session was greatly enhanced by the presence of bona fide witch (and Alan’s partner) Sue Edwards, who interspersed Alan’s discourse with explanations and demonstrations of some of the practices and artefacts associated with her craft.

Alan was keen to highlight some of the parallels with faiths from other parts of the world, and his latest book Nwyfre: A Druid Inspired Spiritual Path to Healingdescribes the ‘essence of Reiki placed within a neo-Celtic framework’.

Many thanks indeed to Alan and Sue for coming ‘up’ to talk to us.

It was gratifying to see such a good turnout for Denise Lockwood’s first event as organiser of the TDs, with over 50 attending.  Many thanks, as ever, to her supporting team on the day.